One of my hobbies is building model kits - and, frequently becoming over-involved with them and taking far too much time :D In general I work with modern aircraft or vehicles connected with SOF stuff from my experiences, but I do digress at times into a few classics that have a warm place in my heart.

Anyway, I've had some free time recently, I managed to finish a diorama off one of these digressions. The base was a Toyota Hilux truck - the Third World workhorse that a number of us wish they'd import, because the things run forever and carry more than the U.S. version Tacoma. I added on a bunch of aftermarket details, as well as scratch-built accessories.

The scene? Somewhat post-apocalyptic, but open to interpretation. Our "hero" in his truck, loaded with what things he has left. A broken-down road on the edge of somewhere. An old woman in the ruins of a house with her dog and a few grenades. I'll let you figure out what you think is best for the rest.

Pictures could have been better - I'm new at sharing these, so will work to improve if there's any interest. Or any questions on particulars for fellow model-geeks. 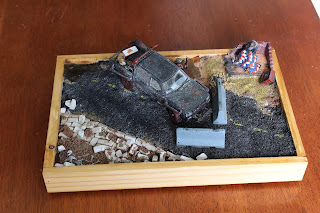 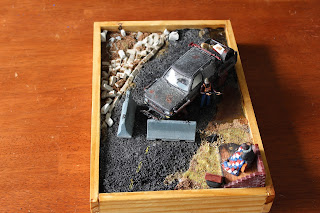 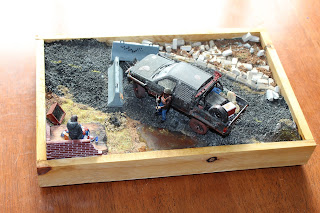 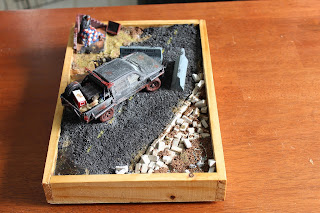 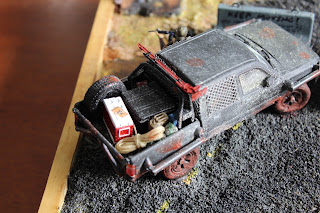 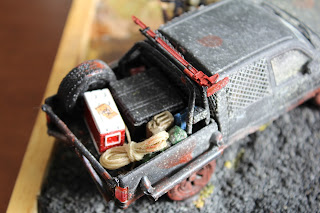 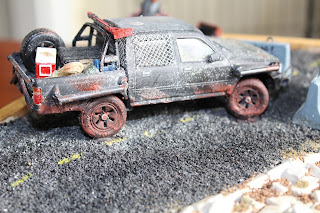 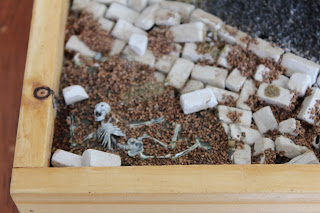 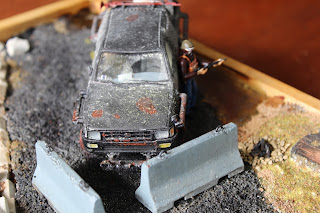 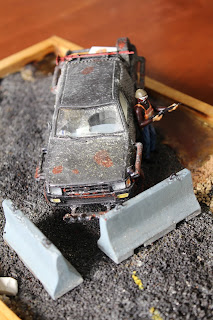 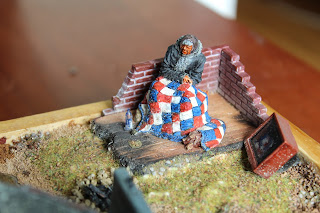 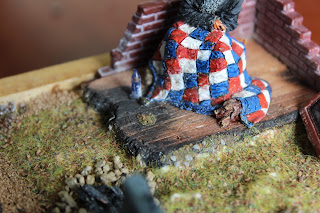 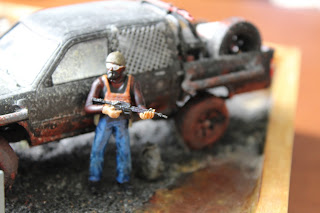 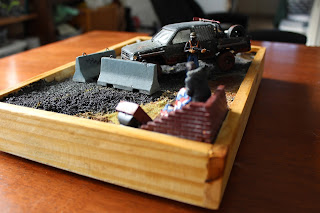 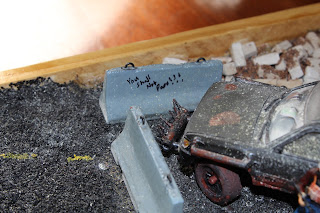 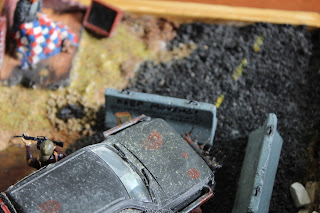 Posted by Captain Tightpants at 10:01 PM