Ten Years Ago Today - We Remember

On June 28, 2005 one of the worst days in the history of Naval Special Warfare occurred, with the loss of eleven SEALs and eight Army aviators during Operation Redwing in Afghanistan. This is the event which was later memorialized in the book Lone Survivor by Marcus Luttrell, and the follow-on movie. 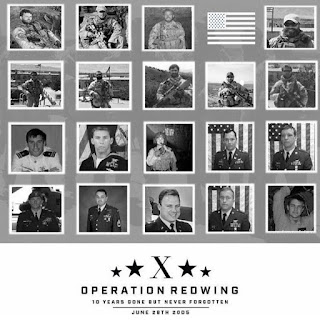 One of these men, Jeff Lucas, was a friend and former classmate of mine. The others all left behind their own friends, families and loved ones. All of them are a reminder of the sacrifices made by our warriors over the years to defend us at home, and to bring liberty to those abroad. 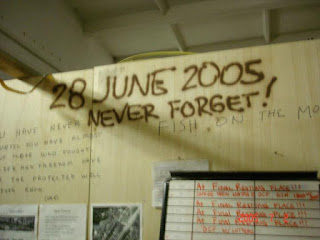 This wall is in the living space occupied by these men before their deaths - since this day other NSW members deploying to the area have added their own words. 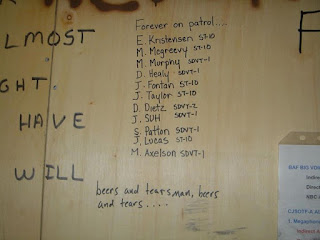 Rest in peace warriors. Ten years on and you are not forgotten.

I've been running Chrome for a couple of years now - I like the cross-platform commonality of things. But, it's become a bit of a resource hog I've noticed, and several of the changes in system function (such as bookmarks) are a bit frustrating.

So what is everyone else using for browsers these days?
Posted by Captain Tightpants at 9:29 PM 7 comments: