Yet again the blood-dimmed tide is loosed...

It is hard to find words at a time like this. To properly discuss what has happened without things being colored by my own experiences, thoughts and beliefs on this event and others. Because so much of what I could say does nothing to honor the victims as they deserve. 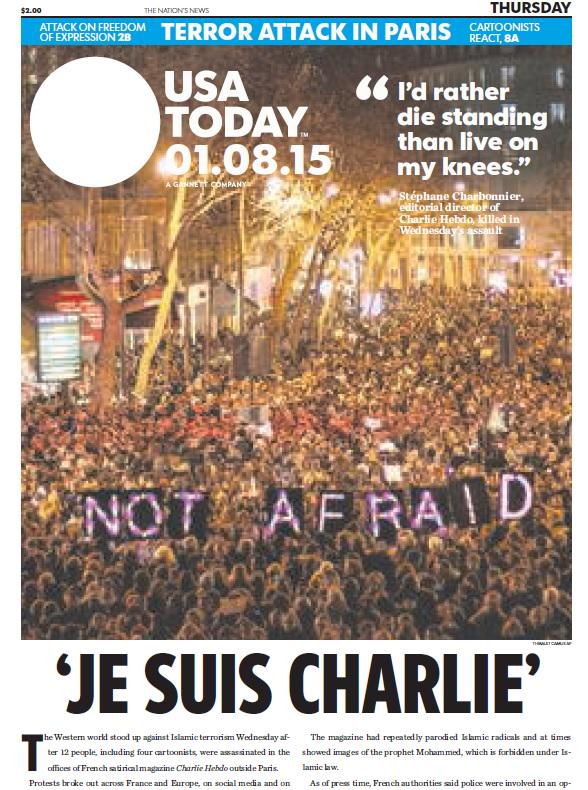 What is sadder is that within months this will fade into nothingness - another of those events which happened "back then." That someone stumbling upon this post five years from now is likely to have to search to remember what particularized this attack from any of the others over the years. And when does it end? 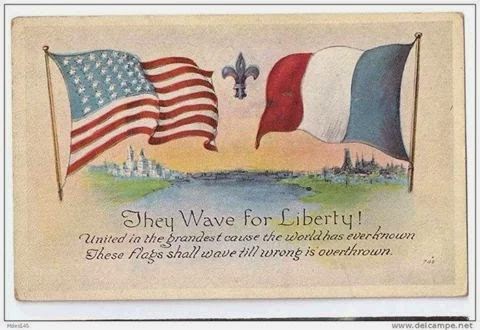 I remember several discussions I've had with my wife and others over the past decade regarding radical Islam and our current war against terror. I recall expressing concerns over team mates who would wear "Crusader" patches or make other comments about a religious basis to the conflict; my fears that such activities only served to inflame rhetoric and provide opportunities for propaganda making this a religious war. Not saying that we were wrong in fighting those who attacked our nation and threatened the peace - but turning it into a crusade is the last thing the world needs.

Over the past few months things have made me wonder though. Not as to my root thoughts - I still feel that we (as the Western nations more or less) certainly do not need to turn this into a religious crusade. Rather, it is the grudging conclusion that for radical Islam not only is this a religious war, with no possibilities of compromise or peace - and unfortunately, that barring a radical change in the "mainstream" Muslim world, there is little opposition to these goals. 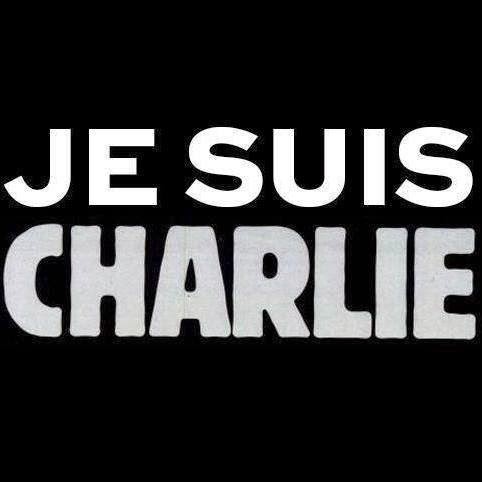 And unfortunately it seems the majority of the West has accepted appeasement. That "peace in our time" is more important than accepting facts. That political correctness and an unprecedented wish to avoid offending one particular group trumps the rights, beliefs and very existence of the rest.

I'm not writing this as a religious message, or as an anti-Islamic rant - it is anything but. While it sounds trite, I have friends who are Muslim, I have spent prolonged periods in Islamic communities, and I hold nothing but respect for the centuries of history, culture, art, learning and everything else which have developed in the Islamic world. But these accomplishments are being overwhelmed by the fundamentalists, the Wahabbists, and the radical traditionalists who have chosen to spread the faith by blood and fear, and who hold no concept of co-existence.

There are voices against the hate. Irshad Manji.  Egypt's President al-Sisi. But I wonder if they are enough to turn the tide, to change a culture which thrives on hate and teach it peace?

I wish I had the answer. I wish I had some article of faith, or some belief in humanity, which would tell me the way to solve this. But I don't. Too many years of fighting this very foe have colored my views. Too many days of reading about yet another atrocity which is somehow our fault for not understanding, for not respecting, or is simply ignored by the masses.

So for now, I wonder. I wait. And I hope that the world as a whole, instead of marking this off as just another act of terror, maybe sees it as an opportunity to stand firm as one for the rights of all.

I spend a lot of time here honoring or commenting on my fellow warriors - on looking at those who go into battle against evil and face those risks.

But today people died who were warriors in a different way. They didn't carry guns. They didn't face combat. They didn't live some Spartan existence or gird themselves for battle to secure the freedoms of the world.

They fought against tyranny with the pen and with words and ideas. They argued their ideals from offices and coffee shops and late night discussions.

And today, they died for it - just as much as if they were in a war zone.

And they deserve to be honored for it.

Rest in peace. You died for your ideals and your willingness to stand up to fear and evil and darkness. May we always remember the price of these rights you fought for. 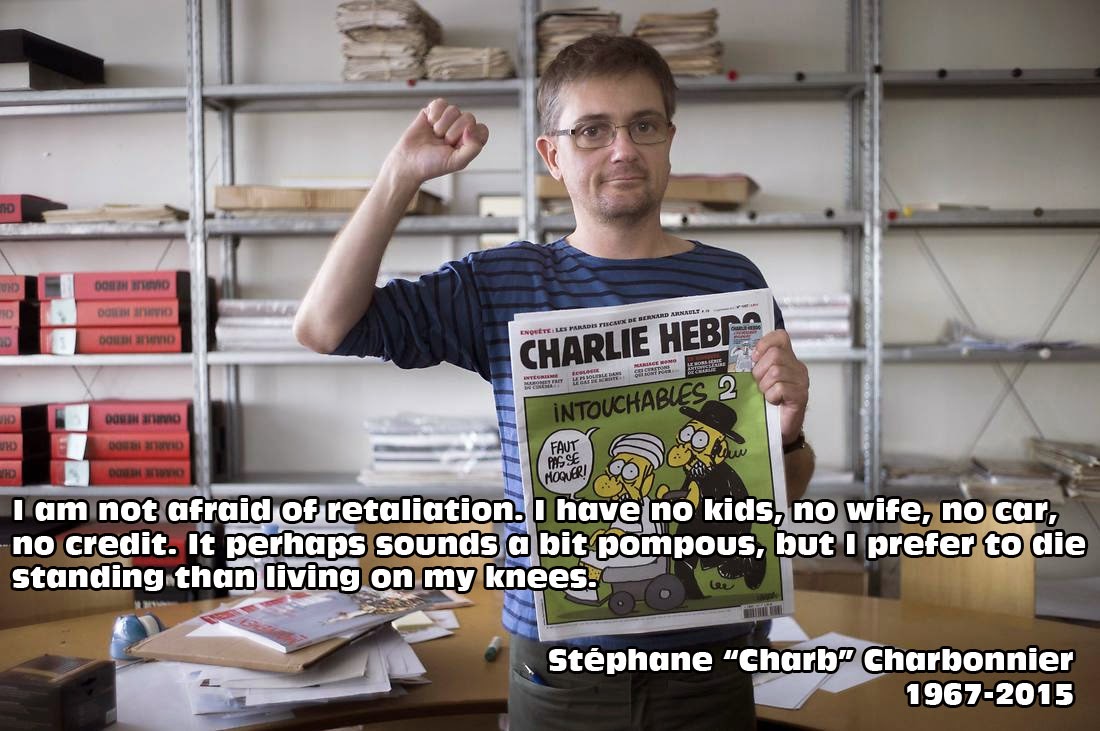 Posted by Captain Tightpants at 10:15 PM

Well said, and there IS no way to end this peacefully. It is us against them. It's time for the PC BS to stop and people to take off the rose colored glasses and take a stark look at reality. May those who died rest in peace, knowing they went out standing up for their beliefs!

Even presuming the Western countries could find the proverbial stones for a Total war against radicalized Islam (And I think presuming they can, short of a catastrophic event far larger then the WTC attack is presuming a lot.) and then sustain the effort for however long it took*... I'm not sure that's a war that's ever won... short of something ending in -cide. I can't decide if its Religiocide (is that even a word?) or Genocide. But what do you do, when the enemy's goal appears to be kill, enslave or convert every non-believer?

*And, I expect however long it took, could be a rather long time. Winning is doable - but you need to find a lever where fighting on provides no benefit at all, to the Radical. And doing that is not easy - finding the political will to use it, is infinitely harder.